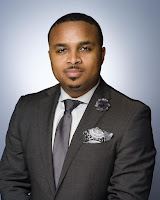 This blog was started a long time ago when I was still in law school, known as Jaaye (not yet the Lincoln Lawyer), doing a one man crowd-funding campaign for my trip to South Africa.  (I have been back five times since then!)


This year, after being an attorney for 6 years, we decided it was time to build a website for the Person-Lynn Law Office.  While we build the new site, we will park the domain http://personlynnlawoffice.com here.


We've had so much support and so much success. Thank you for trusting us with your most trying times!


Keep my number on speed dial and call if you need me. In the mean time, stay safe!

Welcome to the Person-Lynn Law Office!

This month--October 2013, after six years with the Los Angeles County Office of the Public Defender, I stepped out on faith and launched my own private Practice: The Person-Lynn Law Office.  I am in the process of finalizing my logo, cards, letterhead, etc.

Until then, I will park my contact info here for anyone who I meet on the fly and needs information.

Here are the two most  Frequently Asked Questions I receive:

I am here for you. My email address is jpersonlynn@gmail.com.  Send me your phone number and a few details about what you need and I will give you my telephone contact, etc. once we talk.

JPL: My core practice will be criminal law, but I am quite versed in contracts, landlord/tenant, civil rights and other areas.  Just ask!  If I do not provide the representation you need, I can refer you to some of the best lawyers I have vetted in a variety of associations over the years!

Giving Back to the Class of 2012: Alum Detail True Life 10 Years After Graduation 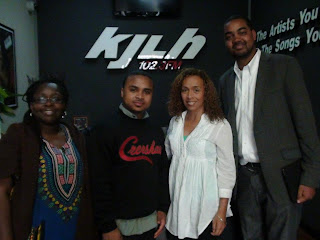 The day I grew up!

by Jaaye Person-Lynn, Esq.
At 29 years-old, I am an attorney with a good job, 2 degrees, have traveled to multiple countries on 4 continents and about 30 U.S. states.  I go to church most Sundays, closed on my house Nov. 1, 2011, my car is paid off and I hold offices with the local and national Hampton University Alumni Associations.  I’ve been told by many a mother with a 20-something daughter I’m a perfect suitor, (unless they wanted tall grand children as I stand at 5’3 ¾).  A spiritual, cultured, traveled, educated, social and politically conscious young man is what any parent would want for their daughter.  There was just one problem: despite all I had done, all I had seen, all I had accomplished, I still hadn’t grown up. 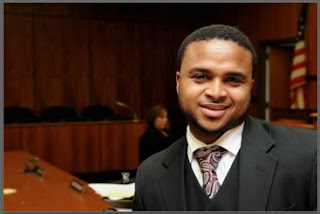 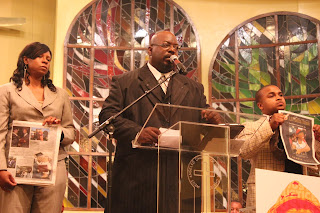 by Jaaye Person-Lynn, Esq.
Though the Trayvon Martin Rally that was held at West Angeles Church's North Campus on April 26, 2012 was very well publicized, I had missed the memo.
After I read who was to participate, Rev. Sharpton, Rev. Jackson, Trayvon Martin’s family and a host of celebrities, I knew my friend Fred Martin’s tragic story would be taken further and that I would personally leave more inspired to continue the work of finding the killers and reaching our goal of raising $25,000 for Fred’s children at www.wepay.com/donations/mac-martin-kid-s-fund.  I did leave inspired, but it wasn’t quite what I expected.  (Fred Martin, his best friend Joey Hickman and his 8 year-old son “Tre”, AKA Fred Martin III had been clearing out Fred’s grandmother’s garage to make room for a motorcycle.  Two gunmen walked up on foot and opened fire.  Fred dove on top of his son to save his life, but lost his own in the process.  He is our hero. Joey and Tre were hit too, but survived.) 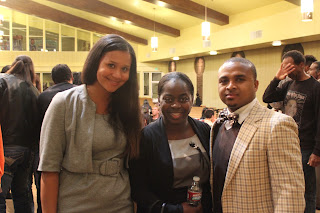 All the speakers were great, on point, motivating and inspiring.  Though a few were a bit longer then they needed to be, no one was there grandstanding.  But something was missing.  Even as I sat on the stage with the speakers and the families, I felt a bit removed from the event.  After the rally was over, I thought about it and realized the reason I felt something was missing was because it was a national event and I am a local dude.  Don’t get me wrong, I’m not taking anything away from the event.  The Trayvon Martin Foundation is a national foundation and the purpose of the rally was to launch the foundation.  It did what it was supposed to do.
Besides the families of the victims, the vast majority of the speakers were not Angelenos and have boarded flights back to wherever they came from.  Yes Supervisor Ridley-Thomas was present, yes Councilman Parks was present, yes Najee Ali was present, but none of them addressed the crowd.  I’m not suggesting they should have, given it already went long, by 30 plus minutes. I’m just pointing out it didn’t feel like The Empowerment Congress Summits feel.  It couldn’t have though.  All of the Empowerment Congress organizers are local.  You know they will be here tomorrow and the next day.
What the rally inspired me to do was to seek out more local organizations surrounding the issues of Black men losing their life unjustly.  It should not take Rev. Jesse Jackson or Rev. Al Sharpton to speak up for Fred or more recently the unarmed Kendrec McDade, killed by police in Pasadena.  They are our friends, brothers, sons, and family.  Fred Martin is truly a hometown hero and his hometown needs to speak up and act for him.  Then, when our National leaders come to LA, we can pack out the house and we will all feel inspired knowing things will be followed up on.
Today, I attended the “20 Years Later: A Day of Dialogue” put on by Community Partners. It was very much informational and very much local.  There is also the Empowerment Congress, Cease Fire LA, NAACP LA, NAN LA, The Urban League, 100 Black Men of LA and Long Beach, your church, your block club and you!  No one should lead our struggle but us.  There is a group forming that meets at the Scientology Center led by Brother Tony Mohammed and Pastor Louis Logan on Tuesdays at 6:30pm.
I’m not saying the local organization isn’t there, I’m just saying it needs to be taken to the next level.  We don’t need a new organization, we need to work with what we have and max them out until a new need is developed.
I am Fred Martin! I am Anthony Dunn! I am Kendrick McDade!  And so are you!  Let’s act like it!
Posted by @JaayeEsq at 12:13 AM 1 comment:

Thanks for Listening to me on KJLH! My World Cup Journey to South Africa

Here are about 40 pics of the hundreds I shot while I stayed in South Africa for a month! The two with the play buttons are HD video so be sure and click the play buttons on them.  If no images are showing up here, please visit the album here:  http://theprperson.smugmug.com/Jaaye-Person-Lynn/South-Africa-World-Cup-2010/12960283_A8Gxi#937324828_jweRQ

While my favorite teams fell short of winning the World Cup--USA, Ghana, South Africa, Brazil and Mexico--I did get up at 3 a.m. and watched our Lakers win the Championship, so it was a great time.

I would like to thank the Zimba family, especially Tumisang, and the Dunga family for their hospitality. They showed me a South African world I had never experienced.


When I first went to South Africa while I was in law school, I fell in love with Capetown.  I went back last year with Brian and Kenyon, two of my friends from Westchester High School. (BTW, we are having our 10 year reunion for the Class of 2000.  Hit me up on Facebook for details!)


This, my third trip, was spent mostly in Johannesburg and it was their winter so it was cold! But the people are warm and we all had a blast.

The spirit in South Africa was electric and I met people from all over the world.  Isn't it amazing that with all that country has been through--fighting against apartheid--they could host such an important world class event--with all races?

In time I will add captions, but I wanted to give you something to look at.

Thanks to Adai Lamar for allowing me to appear on Freetalk.  Be sure and tune in to hear her every Saturday from 8-10 a.m. on 102.3 FM KJLH or www.KJLH.com.

Hope to see all of my Comets classmates in three weeks!  It's been 10 years for the Class of 2000!  Don't miss this reunion! Click for details.

Jaaye.com - Parking over here for the moment

We are switching our servers over to another provider so I parked my domain here at my blog (remember those days?)

Here are some links to photos and projects I am working on now:

Jaaye Person-Lynn This is our 10th Homecoming since we graduated!!!!! Join our Facebook Page. Click the link above.